BrewDog Mikkeller I Hardcore You and Summer Solstice

The time has come.

My last bottle of I Hardcore You, the collaborative blend of Mikkeller I Beat yoU and BrewDog Hardcore IPA, and undoubtedly one of the greatest beers I have ever tasted. Maybe even the greatest. I’m not kidding. 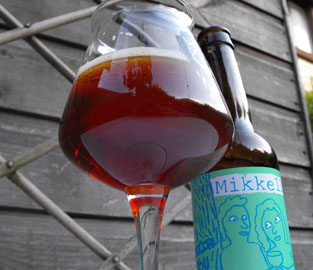 I bought several bottles of the first batch, but foolishly ignored Zak Avery’s advice to bury some.

Utobeer had plenty in stock. I’d regularly go in and pick up a couple from time-to-time, safe in the knowledge that the supply was constant and I’d have no trouble getting my fix.

I had it on keg in, er, Cask around this time too, but I’m not ashamed to admit that I drank enough of it that night that I can only just about remember how good it was.

Then one day everything changed. Utobeer had sold out. None of my other sources were carrying it. The BrewDog online store was out of stock. I dropped to my knees and issued an anguished scream toward the heavens.

So when BrewDog announced it was set to make a return, I slavishly checked their website every day, desperate for an update.

The moment I Hardcore You became available again I ordered a case. I never order cases of any one beer. This was different.

Even as I waited on my delivery I was filled with anxiety – would it taste as good as it had done? What if the recipe had been altered?

I needn’t have worried.

I Hardcore You is reddish-brown like antique furniture, with a concentrated off-white head.

It smells like grapefruit, burnt sugar, and peaches and cream.

When you take your first mouthful, you’re hit with an intense, powerful bitterness. As you drink your palate recovers from this initial shock and other flavours emerge.

There’s an indulgent milk chocolate-sweetness with a hint of smooth caramel. Not unlike a Cadbury’s Caramel in fact. That rabbit is not as fit as I remember.

Balanced out by this emergent sugariness, the hop bitterness reveals its true character: a glorious pineapple-like fruitiness and a profoundly satisfying dryness that arrives just as the liquid fades away. 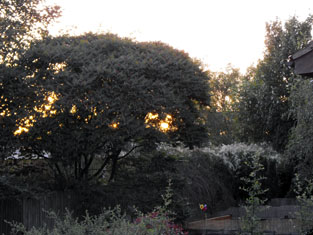 Its significance marked in stone since Neolithic times.

The people in Britain that celebrated the movements of celestial bodies across the sky during this period left no written account of how, or why, they did so. We will never know. We can only guess. I like it that way.

The Sun. Bringer of Life.

No wonder it has been worshipped as a god for millennia – we are humbled by its presence even now. We owe our very existence to it and yet it will be the ultimate destroyer of us all (assuming we haven’t brought about our own downfall long before then).

Most importantly, without it, of course, there would be no beer...

It had been in my thinking recently that I would need to drink my last bottle of I Hardcore You soon. Each passing moment meant diminished freshness. This beer deserves to be drunk with its full flavour intact.

There have probably been rituals celebrating this day since the early ages of man. Now I initiate one of my own.

It has been grey and miserable for weeks in London, but today is sunny and bright, with a light breeze.

Some honour the rising of the Sun on this day. I have elected to acknowledge its setting.

I fetch the beer from its resting place and select the chalice.

My movements are slow and deliberate as I open the bottle and pour. I hold the glass up to the deteriorating light of the Sun.

I move to the garden and watch what few clouds there are drift across the sky as the Sun sets.

I Hardcore You tastes as good as I remember. As good as it always has. I’m happy to be drinking it in this moment, but each sip is tinged with sadness as I move closer to the bottom of the glass.

I think of summer evenings to come, of drinking great beer in the company of good friends as the Sun dips towards the horizon, as the last remnants of light and warmth illuminate our smiling faces while the sky turns pink above us.

I’m already thinking about my winter solstice beer. What would you recommend? These things take planning.