Otter Bitter and getting away from it all

Otter Bitter is produced by ex-Whitbread man David McCaig at the Otter Brewery in the heart of the Blackdown Hills in Devon. 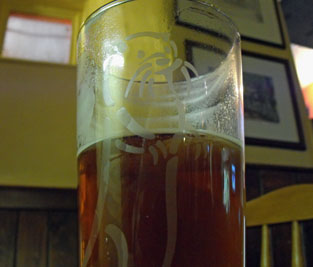 Subtle orange zests on the nose are followed by marmalade sweetness – not unlike Fuller’s London Pride – in the mouth.

There’s a hint of stewed apple and brown sugar before a dry, refreshing bitter snap hits.

London is an incredible place to live.

Whatever obscure, marginal interest you might have, it will be fully catered for here. In fact, there’s probably a club night devoted to it.

There’s so much history behind every street that it’s almost unfathomable, almost inconceivable.

Even amidst the current economic slump there’s plenty of work here if you know where to look.

Not enough for everyone though, which means there are also severe crime problems and citizens trapped in hopeless cycles of poverty.

And there are seriously fucking loads of people here.

You are never alone. Out at 5.30 a.m. on Sunday? You’re guaranteed to have a bunch of people hanging about on the streets to keep you company.

The transport system creaks under their weight. You are forever squeezing your way through crowds. There’s no space.

‘London weighting’ may mean salaries are increased, but the cost of living here is so high that it cancels out the few extra pounds in your pay packet each month.

In summary, London is a brilliant, vibrant city, but not without its pressures.

Which is why, once in a while, you need to get away from it all. 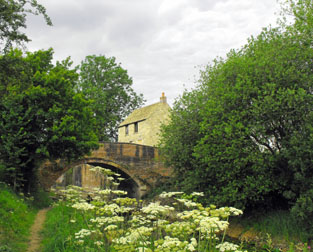 This weekend I’ve headed out to the Cotswolds to gain some perspective.

Leaving the better half to enjoy the comforts of a spa hotel, I head out into the wilderness (slight exaggeration alert) with no map, a compass and a confidence in my own sense of direction to guide me.

I hope I get a phone signal out here because I can see a frantic Google Maps search on the not-too-distant horizon.

As it happens, after approximately a mile of slightly anxious walking, I stumble upon a signpost that tells me that it’s 3 miles to the next village and I see a reasonably clearly marked path.

About a mile or so later, I realise I am completely alone.

I’m sure for people that don’t live in cities this is nothing new, but for me it’s striking. There’s no-one in any direction for a couple of miles.

All around me the world teams with non-human life. Brightly-coloured birds dart across my path, fluorescent insects buzz about me, abundant plant life towers over me and the occasional rabbit bobs away as I approach.

It’s a picture of rural England that differs greatly from my own day-to-day understanding of English life. I can’t help but hear the phrase ‘green and pleasant land’ go round and round in my head.

I feel completely at peace and London seems a long way away – even though it’s only an hour or so by train from here.

Of course, I’ve already done my research – there are three pubs in this small village and I have a rough idea of where they all are.

I make a beeline for The Old George Inn, a 17th century coaching inn.

Just over 4 miles isn’t exactly a strenuous walk, but it’s been unrelentingly humid and muggy, so I feel I’ve earned my first pint.

With no deliberation I just go for Otter Bitter because the pump clip appeals to me.

I’m glad I do, as I instantly feel rewarded and my tranquil state is enhanced.

As I absorb the calming influence of beer, pub and people-watching, a number of things go through my mind: how the pub is crucial to local communities, why delicate flavours in beer are just as important as bold ones and what it would actually be like to have a life where you don’t feel wound like a tightly-coiled spring 24-7.

Maybe if I hadn’t just walked through the countryside this beer may have passed me by.

There’s so much noise in my life, and so many sensory experiences demanding my attention that a subtly flavourful, 3.6% ABV, traditional English bitter might get drowned out if I had drunk it anywhere but here.

You could argue that it was only this sequence of events, simply this contrast against my own regular existence, that made this beer any good.

If you did, I would be ecstatically happy – that 100% legitimises what this blog is about.

See you at work tomorrow.