Chocolate brown with a golden hue and a luxuriant beige head, Angry Boy Brown Ale is brewed by the Baird Brewing Company, which is based in Numazu, Japan. 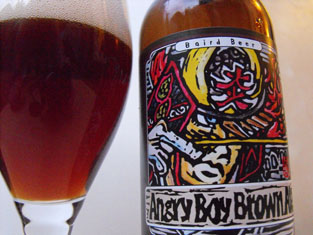 Bar a hint of roasted barley, there’s not much in the way of aroma, but any feelings of disappointment are soon forgotten.

And the artwork is among the best I’ve ever seen on a beer bottle.


The medium of exchange

Coins and banknotes have no – or very little – intrinsic value as objects in themselves. 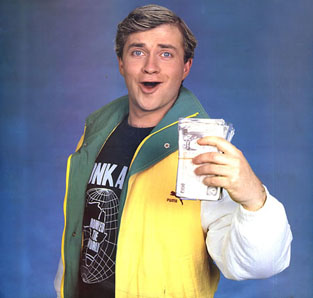 Vast swathes of it seem to exist only in theoretical form, represented by numbers on screens controlled by complex algorithms that hardly anyone understands.

For such an abstract concept then, it seems to have a disproportionate influence on our lives.

Many people devote a lot of time trying to acquire as much of it as possible. Lots of people worry about not having enough of it to get by. Most people in this country fall somewhere in the middle of those two extremes.

It’s both incredibly important and utterly meaningless at the same time.

I would say that’s fairly pricey, but it has been imported from Japan.

Rising fuel costs mean transportation is more expensive. And global commodity prices have generally increased so the cost of producing beer has in turn grown.

Luckily this beer is exceptional, so I’m happy to pay a premium for it. I’d have been less happy if it turned out to be shit.

I guess I have just about enough ‘disposable’ income to justify buying this beer.

But what if I didn’t? I might never have had the opportunity to try it.

‘Boo-fucking-hoo’ I hear you cry.

However, though it’s not essential to my existence, quality beer is something I’m passionate about.

If it was beyond my financial reach I’d be unhappy.

There are plenty of good beers available for considerably less than £5.50 a bottle, but the cost of all beer has increased over the past few years, and higher VAT, rising duties and worrying inflation rates effectively mean lots of people have taken a pay cut – and therefore don’t have access to even vaguely decent beer anymore.

In these circumstances you can see why 18 Stellas for £6 might seem more attractive to the casual drinker than even £1.80 for a bottle of Pilsner Urquell.

That’s true of many things – you pay for quality. I accept that.

This creates a concern for me though with regard to beer’s function in British society.

I have some outdated romantic notion of beer being the people’s drink, the everyman tipple.

The further we move away from that with expensive craft beer, the more I feel a gnawing sadness (not enough to stop me drinking it though of course).

We can certainly forget about educating the public about good beer if huge chunks of the population are priced out of the sector.

I see it from brewers’ perspectives too. They need to make a living. I would be surprised if any small craft brewery had huge profit margins. Specialist beer pubs, bars, importers and shops probably struggle too.

I don’t have a solution.