Possibly the greatest of all time.

If you claim to like beer, and even begin to suggest you don’t appreciate Saison Dupont, we will never be friends. 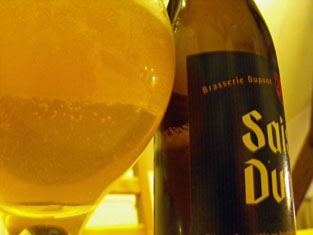 Because of its meadow-like, hazy, summer-gold body and whiter-than-white head.

Because it’s a vision, almost impossible to behold...hard to even look upon in its perfection, lest your gaze somehow corrupts its purity.

Farmyard aroma? Horse blanket smell? What does that even mean? Get away from me with that talk. Those things smell like actual shit.

Saison Dupont smells like a freshly-prepared salad – crisp green leaves, some herbs, a bit of spice, a hint of clementine sweetness and a light, lemon-juice dressing.

A bit of gentle sourness here and there geo-tags the beer – just in case you forget what country it’s representing.

I’m not doing it justice.  Using only the mortal language of man to describe it, no one ever could. Just drink it.
You need to be shown, not told.


The way things are done

Style is hard to define, troublesome to quantify.

Generally, when I think of style, my mind moves quickly to the idea of someone having a personal sense of style. 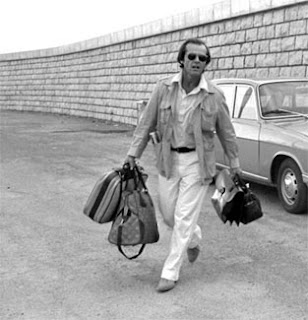 It’s about more than just the clothes you wear. It’s about having a bit of an edge – a distinctive flair – without ever having to try. It’s about never needing to seek approval from anyone ever.

The word also applies to specific methods of expression in the arts: to literature, design, architecture and more.

And, of course, it is intrinsically linked to beer; ever-present in the brewing lexicon since Michael Jackson started dropping science – and probably long before that.

Even before you pop open the bottle, Saison Dupont oozes elegance and sophistication.

No flashy images here – a minimal, typographical design approach is all that’s required.

It’s the essence of understated cool; the perfect blend of heritage and modernity.

It doesn’t try to be one of the best beers in the world, it just is. I want to be seen drinking it because it tells those in the know that I have impeccable taste.

There’s been talk that saison is the new trendy style, the new black (IPA). Good. It’s a style of beer I like.

I’ve had a couple of SS11 saisons that have been very decent. Beers that I would probably pick up again.

None of them have come anywhere near Saison Dupont.