Pretty Things Beer and Ale Project’s story is an interesting one.

Not one that’ll I’ll re-tell here, as they tell it better than I ever could on one of the best, most informative brewery websites I’ve yet to encounter.

I remember there being a little buzz around Dann and Martha’s beers when BeerRitz imported a few cases to the UK this summer.

I noted the name, but on the rare occasion I chanced upon a bottle or two I was always tempted by other choices, being that I was inevitably in a specialist shop, pub or bar that had a dazzling range of beer available.

How I regret that now. 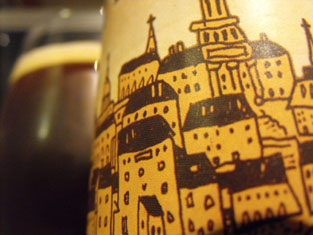 Its tan head and impenetrable chestnut body seem to hint at a hidden world.

As I close my eyes and drink, the real magic begins: first muscavado sugar, then dark, dried fruit, into syrupy-cake-like sweetness, followed by a yeast flavour not dissimilar to that of Fuller’s ESB, completed by roast coffee bitterness and just a suggestion of butterscotch.

You didn’t actually think I was going to explain Christmas here did you? 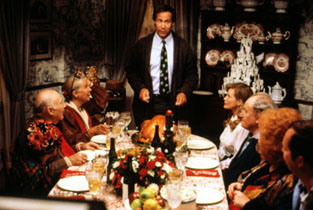 If you’re unsure as to what it’s all about, I would suggest watching two critical documentaries on the subject:  National Lampoon’s Christmas Vacation and Scrooged.

That should explain everything you need to know.

My Christmas Days are all about pure, guilt-free self-indulgence.

Not sure if that’s quite the spirit, but it’s the truth, and it’s the one day of the year I feel I can truly relax.

My line-up this year was pretty exceptional: Stillwater Stateside Saison, 3 Fontenein  Oude Geuze, the traditional Samichlaus and more (I suspect I may have just been a teensy bit over my daily unit allowance).

It was the St Botolph’s Town that stood out though – and not just because the exceptional flavour profile was so evocative of the festive season.

Christmas is all about fantastical tales, and St Botolph’s Town’s story is as compelling as its creators’.

The magical, fairytale aesthetic of Pretty Things adds to the intrigue.

It just felt so right, so celebratory to be drinking this beer on Christmas Day.

But there’s no way I’m waiting twelve months to drink it again. It’s too special for that.