Mahogany brown with a hint of deep maroon , Rodenbach Grand Cru’s effervescence matches my own bubbling excitement whenever I crack open a bottle. 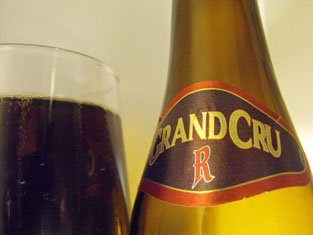 When those bubbles burst they seem to release a hit of vinegar and apple straight to your brain.

Similar flavours emerge in your mouth, but far from being a cheap sour trick there are layers of complexity here that reward the attentive drinker: tannins, cherry, raspberry and so much more.

Puckering doesn’t even begin to explain how it leaves your mouth feeling.  This beer wants you to know you’ve drunk it.

Pay it attention. It deserves it. 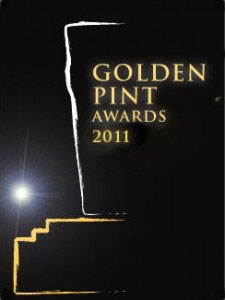 Best UK Draught (Cask or Keg) Beer
Harvey’s Sussex Best Bitter: my session beer and the greatest example of bitter on the planet.

Best UK Bottled or Canned Beer
Fuller’s Bengal Lancer: flying the flag for English-style IPA and repelling all challengers for the crown of world’s finest IPA. When are we going to see it on keg though? #kegbengal

Best Overseas Draught Beer
Odell IPA: a tropical fruit basket delivered straight to your mouth; the embodiment of all that I love about American IPAs.

Best Pumpclip or Label
Dupont (everything): restrained, refined elegance and sophistication. Guess it helps having a graphic designer in the family...

Best UK Brewery
Fuller’s: other breweries of their size just would not be this committed to the artisanal craft of brewing utterly incredible beers.

Pub/Bar of the Year
De Garre: if I lead a good life, it’s where I’ll go when I die. And hopefully many more times before then.

Beer Festival of the Year
European Beer Bloggers Conference 2011: okay, not really a festival, but it was a three-day celebration of all that is good in beer for me. See you in Leeds!

Supermarket of the Year
Sainsbury’s: as much Pilsner Urquell, Duvel and Bengal Lancer as I can drink? Oh, go on then.

Best Beer Book or Magazine
Des de Moor’s London’s Best Beer Pubs & Bars: it turned me onto the Dog & Bell, so I owe much to this publication.

Best Beer Blog or Website
Beer Lens: capturing the inherent beauty of pubs I see with my eyes but can never quite articulate.

And the winner of the 2011 Award for Best Beer and Life Match 2011 is...
Brooklyn Local 1 and Dog Day Afternoon: just one of those incredible, euphoric moments spent with great beer. An outside shot considering the once-in-a-lifetime experiences I’ve had with beer this year, but it was such simple, effortless perfection that it represents exactly what motivated me to start writing this blog.

I’m finding reflecting on a year of beer therapeutic.

The tart sourness of the Rodenbach Grand Cru is a sharp reminder of how far I’ve come in terms of appreciation of beer over the last 12 months.

As I think about the beers I’ve encountered over the last 12 months, each one is framed by what was happening in my life at the time.

It’s been a year unlike any other for me, one full of the most extreme ups and downs. I’m keen not to trivialise these events by writing about them on what is ostensibly a beer blog.

I’ve needed moments of calm contemplation, and beer has provided the platform for that – much like it’s doing now.

I’m excited about the future, but apprehension dwells somewhere deep within too.

What is certain is that I will continue my pursuit of great beer moments, and rely on them to help me through both the good and bad times.
Posted by Chris at 11:24 pm