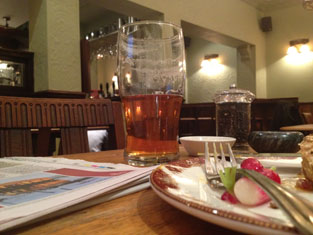 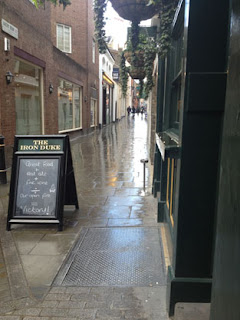 Beneath its luxuriant beige head, Kernel IPA Black III is darkest brown rather than black, but don’t tell Trading Standards. They’d be too concerned about the pale-black oxymoronic dichotomy anyway. 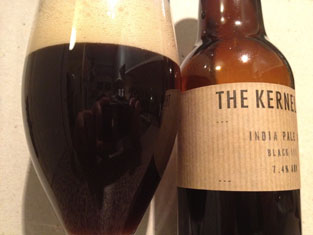 It’s all caramel and pine sap up in the nose.

There’s dryness in the finish, but the hop character is subtle, and obscured by the sweet elements.


The statements about the way things will happen

January always sees a flurry of beer blog entries and articles covering the authors’ thoughts around what will happen in the beer industry over the next 12 months.

This is completely and totally natural, as it’s effectively hard-wired into the human brain to try and predict what is to come. 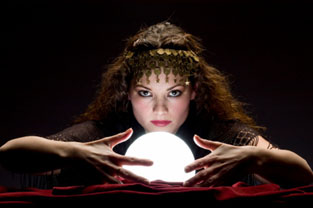 It helps us organise our lives and comforts us that the world is essentially predictable and not a chaotic place filled with uncertainty.

And it’s not just on a personal level – forecasting is hugely important in business. Whole industries and complex financial derivative products are reliant on it as a skill.

Unfortunately, we are very, very bad at predicting the future.

Because from fortune-tellers to politicians, people who get predictions wrong are rarely called out on them.

The predictions that generally get remembered are the wild, crazy ones that come true – like those from the economists that predicted the 2008 crash (they never stop smugly harping on about their sagacity in fact).

The ones that were mundane and right get forgotten, well, because they were obvious, weren’t they?

The forecasts that were mundane and wrong get forgotten because usually lots of people predicted them (so no individual accountability) and, well, predicting the future is impossible, isn’t it?

With the above in mind, I’m going to make my key beer predictions for 2012 below.

A black IPA seems like an appropriate beer to be consuming while I do this, as I feel it is the beer world’s black swan – and not just because of its colour.

I reckon no-one saw this beer style coming and people are still trying to rationalise its existence through hind sight (see the ongoing Cascadian Dark Ale vs BIPA debate).

Also, its name makes no sense.

So with out further ado, my top two beer predictions for 2012 are...

A growing craft beer market comprised of drinkers thirsty for bigger, more complex flavours leaves microbreweries with only one realistic commercial option: to brew sour beers in the style of their Belgian continental cousins.

Many experiments fail, much beer is poured down the drain and the majority of brewers abandon the style.

However, a number of breweries persevere. The discovery of a new viable strain of airborne bacteria found only in a tiny micro-climate on the banks of the Thames sees London Sour emerge as a distinctive style.

The weakest, most flavourful beer ever

Brewers compete to develop palate-assaulting beers within the crippling restrictions of low gravity.

Politicians applaud the initiative and congratulate themselves on the success of their economic policy.

David Cameron is photographed drinking a 0.08% IPA in Hertfordshire. 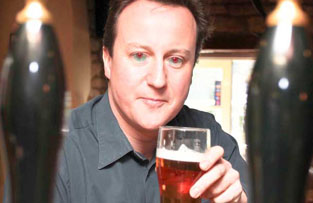 Email ThisBlogThis!Share to TwitterShare to FacebookShare to Pinterest
Labels: predicting the future, The Kernel

West Coast IPA should be a recognised BJCP style.

Hell, you could even get more specific with a Californian IPA category, to differentiate it from those beers originating from more northerly states.

Any beer that described itself as a Cali IPA and deviated from the fresh fruit and pine aroma blueprint, the sunset orange and fluffy white cloud visual guidelines, and the zingy citrus-hop / subtle-malt flavour profile would be deemed a failure.

Mongo IPA is not a failure. It’s so far removed from failure it doesn’t even realise failure exists. 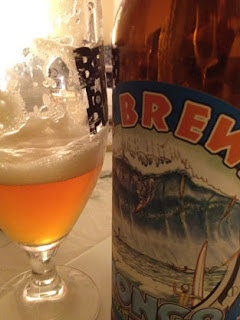 It has all the characteristics I’ve outlined above turned up to 11, but somehow the elements all mesh together perfectly – much like its slightly-less-punchy-but-no-less-brilliant little brother Wipeout – creating a dangerously easy-drinking double IPA.

New Year’s Eve can do one. 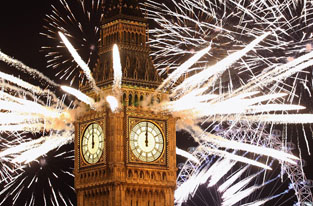 Everyone have fun all at the same time immediately and be happy and make sure it’s brilliant and pay through the nose for a shit night out with people who never normally go out and are therefore unable to act appropriately in social situations and then spend four hours trying to get home surrounded be people who inspire a welling-up of pure hatred from within the very core of your being.

Most years I shut the curtains and pretend it’s not happening.

This year we had a couple of very good friends over to our place and it was probably the best New Year’s Eve I’ve ever experienced.

I laughed a lot and drank incredible beer until I literally passed out.

So the fact that I can remember how glorious Mongo was is testament to how superb this beer is.

The fact that I haven’t been able to write about it until now is probably testament to the brutal hangover that I’m only just emerging from now.