There’s no reason for this selection other than the fact it was the closest at hand. I’ll explain later.

Hertog Jan (‘Duke John’) is a Dutch brewery I know very little about.

The brand is owned by the InBev behemoth.

I believe I’m drinking the Pilsener. Out of a plastic cup. 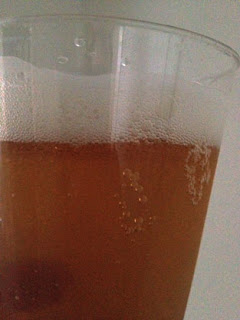 It smells of nothing and tastes very slightly sweet. There’s an allusion to Saaz at the end, but nothing more than that.

Agalloch are from Portland, Oregon. 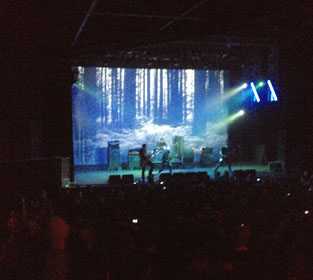 They are essentially a black metal band, but draw on a range of influences, like folk and post-rock, to create their vast, sweeping sound.

I’m at Roadburn, an annual celebration of music that takes place in Tilburg, in the Netherlands.

This is my second year in attendance; Agalloch are the first band I’m seeing.

I left London at 9am this morning. It’s now around 5pm, I’ve just arrived at the 013, and Agalloch, one of the bands I’m most keen to see, are on in ten minutes.

I ditch my travelling companions, none of whom are that bothered about this band and have other priorities, and make my way to the main stage.

First things first though, I need a beer. I’m not standing watching a band for an hour without a beer in hand. That would be wrong.

Unfortunately, this venue doesn’t accept money. You have to exchange your real money for fake plastic money. I’m sure there’s a good reason for this.

Mission Token Acquire complete, I head to the bar.

I know Agalloch are likely to start with They Escaped the Weight of Darkness from their most recent – and in my opinion best – album, Marrow of the Spirit, and I want to be there from the start to bear witness.

There are a few familiar, but not massively appealing, bottles in the fridge, but I don’t know Hertog Jan, so I decide to give it a whirl.

I make my way to the main stage, find a good spot and await noise.

Intricate melodies and harmonies build up a dream-like swell that sends me flying over Cascadian mountain ranges.

They have such an incredible sense of scale and scope that must surely come from inhabiting an area surrounded by such epic, natural beauty.

I’m craving something from Deschutes.

Instead I have to make do with something fairly insipid.

But that doesn’t matter.

I’m drinking a beer, getting lost in the sounds of an amazing band, at an incredible music festival that is almost tailor-made to my tastes.

And I’ve only been here twenty minutes.