Ommegang is one of those breweries whose name I’ve seen and heard, but have never encountered any advocacy or criticism.

Which is a bit weird as seemingly they’re doing a Game of Thrones beer so obviously have a reasonable profile.

So it’s with some trepidation I approach their Hennepin Farmhouse Saison. I compare every saison to Dupont, which often leaves me disappointed. 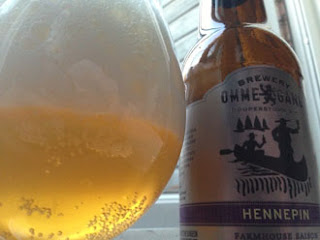 But there’s a hit of nail polish that opens up the nostrils and overpowers the familiar saison mustiness lurking somewhere within its vapours.

If there had been some peppery hotness I would have been even more impressed. 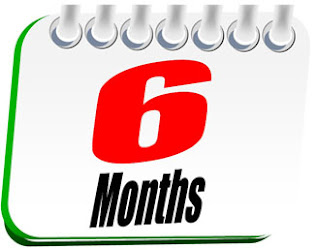 Been to Barcelona. Twice.

Went to the most southerly point in Europe. Once.

Played guitar in hardcore bands in East London, East Germany and a quite a few places in between.

Went to Roadburn in April. It was incredible. Mournful Congregation, Elder and Goat were the standout performances in case you were wondering.

I recorded and released my second, semi-serious solo musical effort.

I saw a load of live music in London.

I bought a load of music. Mainly off the interweb.

I acquired a load of musical equipment.

Somebody asked me if I even lift (bro), and I was able to say yes.

I did some even more banal shit too, but what I haven't done is write about, or follow, what's happening in the world of beer.

So, based on a quick skim of the beer blogs I was reading last year, I'm going to try and work out what's been happening 'while I've been away'.

Mark Dredge released his book. I can't wait to read it. I love a good beer book me, and respect Mark's taste.

EBBC took place. This is the first year I haven't attended

The Copenhagen Beer Celebration took place. This is, er, the first year I haven't attended.

For the first time ever in history there was some heated debate about beer nomenclature.

Black Metal and Brews exists. This is relevant to my interests.

A comprehensive summary no doubt.

I’ve rediscovered focus over the last few weeks. Been able to see more clearly what I care about.

As opposed to being in a dizzying swirl of whatamigoingtodowithmylifeitis.

I feel sure – as deep down I always have done – that simple pleasures are important.

A new beer encountered. Spend time with it. Write about it. Connect with it on a physiological level.

Focus on it. Meditate on it. Shut the world out for an hour.

No rhyme, no reason. Just because it feels good.

Hennepin is in some ways the perfect beer for a rekindling of the fire.

It’s not perfect, but it is very good, and therefore demands critique. The imperfections subtle, the qualities prominent.

Though this post is in some ways about reflection, it’s also about moving forward.

Here, now, I am caught between those two points of time in a glorious moment of tranquillity. However fleeting that may be.